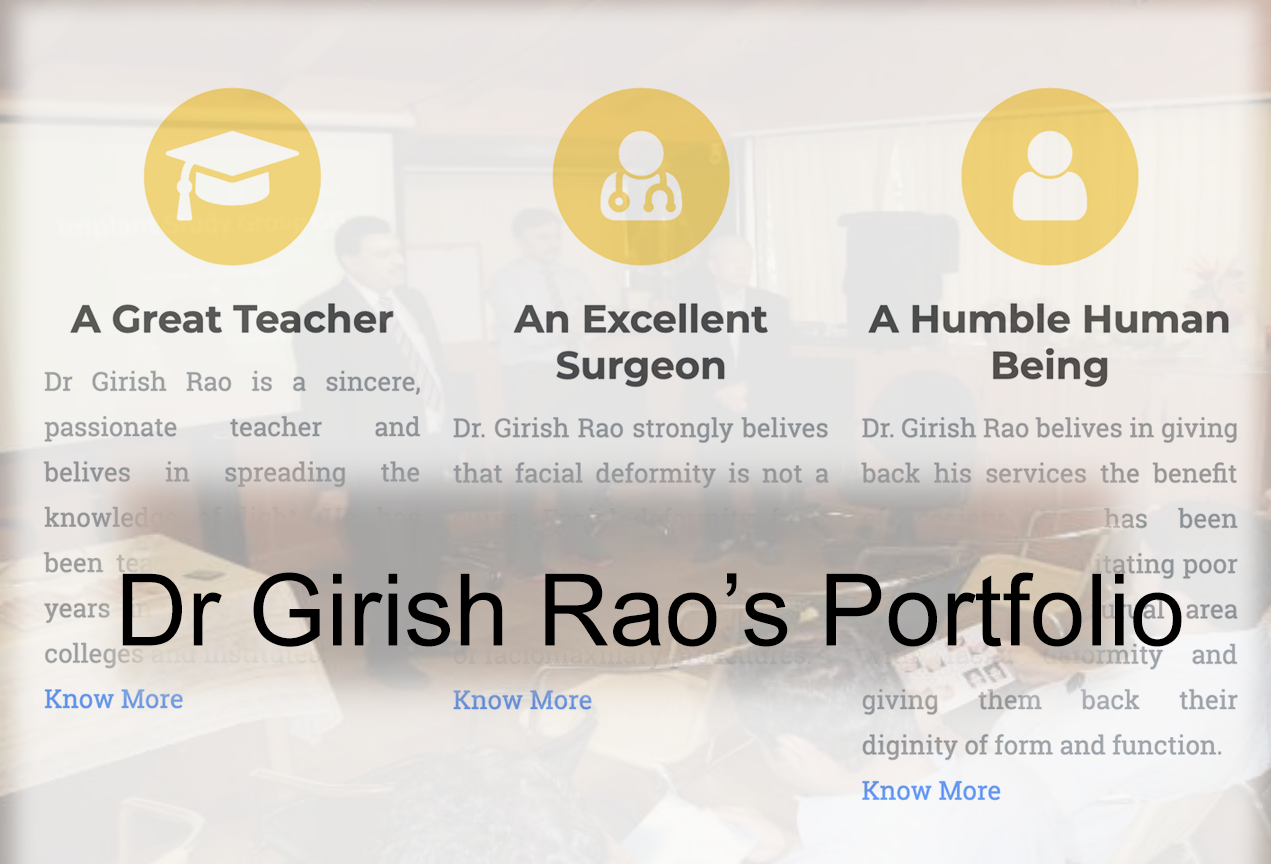 He was the Bangalore University topper in all the four years of undergraduate program in Dentistry and then completed his post-graduation program from the prestigious Government Dental College Chennai in 1991.

He then moved over to the UK to undergo extensive training in Faciomaxillary surgery and implantology. The Royal College of Surgeons of England and Ireland awarded me the FDSRCS and FFDRCSI fellowships. He worked as a Senior Specialist Registrar at the Prestigious St.Bartholomew's Hospital and The Royal London Hospital, London, UK.

He moved back to India in 1999 to chair the post of professor & head of maxillofacial surgery at RV Dental college, Bangalore and have been the leading practioner in several hospitals in Bangalore such as, Apollo hospital, Sagar, Bangalore Institute of Oncology and NIMHANS.

He is also the Director of Mukha Facial surgery and Implant Center which is one the leading Cosmetic Facial Surgery and Dental Implant centers in Bangalore.

He has been invited as a key note speaker in several International and National meetings. He was the chairman of the scientific committee for the 18th International conference of Oral & Maxillofacial surgery. He has published several papers in professional and scientific journals on fundamental and advanced techniques in maxillofacial Surgery and dental implantology. He is also the current Vice President of All India Association of Oral & Maxillofacial Surgeons, AOMSI.

At Mukha find out how you can also look great and feel fabulous.
Write to us if you have any queries.

At Mukha we belive in educating, enhacing and empowering our patients lives

Dr Girish and his team at Mukha believes that brining in improvements to people's face brings in a lot more confidence and postiveness in them. We strive hard to educate and make our patients understand about their present condition, treatment and improvements that they can achieve by undergoing these procedures.